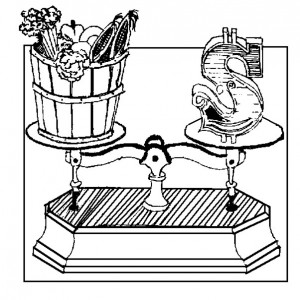 I’ve spent all of January reading old-fashioned health-food books and it has been  eye-opening. As an old-fashioned, from-scratch-style, frugal cook, I’ve eaten a lot more unprocessed foods over the years than processed foods, usually because processed foods tend to cost more than their component parts. For instance, even the cheapest chicken nuggets or fish sticks cost more than buying the cheapest fish fillets or chicken breasts, cut them up, breading them with flour, and oven frying or pan frying them myself. They’re not as fast, but the homemade version tastes better, and, I believe, is better for you. So, in the cause of economy, I have eaten fewer processed foods over the years than some of my peers who had more to spend on groceries.

On the flip side, there are some processed foods, such as hot dogs and the cheapest hydrogenated margarine, that are not especially wholesome choices, but they are extremely affordable, and I have made use of them in the interest of economy.

Eating for economy is a double-edged sword. There are some choices which are better quality, because they err on the side of plain, unprocessed foods–like potatoes, carrots, cabbage, and old-fashioned rolled oats. There are some choices which err on the side of low-quality, highly processed foods–like plain white sugar, cornflakes and boxes of macky-cheese.

I’ve tried to balance these things out over the years and it is an ongoing struggle. This is the dilemma we face when eating on a budget. There are some choices I make due to economics, that I would not make if I had more money to spend on food. For instance, I would use a lot more honey if I could afford to. I would only buy the best quality fats too, like more extra virgin olive oil and safflower oil, instead of processed (cheap) canola oil, or coconut oil and organic shortening (palm-fruit oil), instead of (cheap, hydrogenated) Crisco. I would also buy the best quality eggs I could find, instead of the cheap ones from unhappy caged chicken that I use most often. 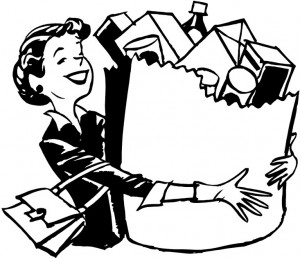 For the most part I don’t dwell on my limitations. I am thankful for having as much to spend on food as I do. I average about $150 to $160 a week on food for the 4 of us. Sometimes I spend less, rarely do I spend more. The USDA’s Cost of Food At Home suggests an average of $151 for a family of 4 on their Thrifty Plan, so I guess we spend an average amount for people who are on a tight budget. We don’t buy any wheat or wheat products. Plus we don’t buy dairy products, and vegan non-dairy substitutes cost quite a bit more than plain dairy products do.

I do some of my shopping at local stores including Walmart, Sam’s Club, our local Natural Food’s Co-op, a few ethnic markets, including Asian, Indian and Latino, and Kroger’s because it has great sales on expensive items like gluten-free products. I also order some things online, especially bulk items like gluten-free rolled oats, some nuts, dried fruits, and specialty grains. I like Amazon, Bulk Foods, and Vitacost, because they all have good prices if you’re careful. One day I’m going to order the 50-pound bag of Spelt berries on Amazon and I am going to bake as much spelt bread as I want. But I won’t be doing that today, or even this year, I suspect. I keep eye-balling it on my wish-list and telling myself “one day, one day you will be mine.” 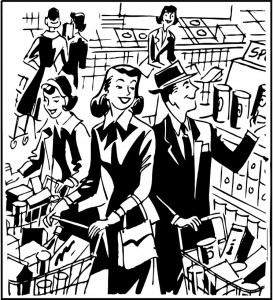 At the beginning of the month I make my online orders, make a big run to Sam’s and Walmart, and then I spend $50 to $75 on food every week for the remainder of the month. This gives us fresh produce, soymilk and other perishables.

My food budget does not include my husband’s diet soda pop. He drinks probably 10 of them a week. I’ve been trying to get him to switch to iced tea for decades. He’s fine with iced tea when we’re so broke we can’t afford to pay attention, but as soon as we have more cash, he’s back on the soda-pop. He drinks a store-brand, so his habit costs us about $8 a week, but it comes out of his “fun money,” not out of the food budget. I made that clear years ago, and he’s been good about it over the years. I buy books, patterns, fabric and buttons with my “fun money” so I really have nothing to complain about.

I mention this, because no budget is perfect, not even mine. Plus a good marriage is worth more than the hassle of trying to making a loved one give up favorite foods. Although, I do retain the right to prepare and recommend iced tea as an alternative. I just try not to be a nag, because that never gets anyone anything. A good marriage is like a good budget, it requires a great deal of balance. 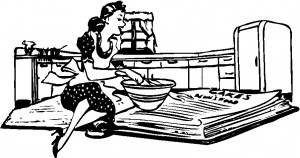 Anyway, I’ve been reading all of these old books about healthy foods, some of the unfired foods books, and some others on Natural Foods & The Rational Diet that I’ll make a page for eventually. It amazes me how everything old is new again. I compared the recommendations from these old books with the recommendations from some of the most modern books on health today and there are far more similarities than not.

In the early 20th Century, vitamins had just been discovered, and very little was known about them. According to Wikipedia, the term Vitamin wasn’t coined until 1912. Instead both vitamins and minerals were referred to as “Mineral Salts”. Many of the old health books refer to mineral salts at length, the same way modern health books refer to vitamins and minerals. The Nature Cure Cook Book and A B C of Natural Dietetics by Henry and Anna Lindhlar is an especially good example.

So I’ve been taking the information from the old health books and comparing with the recommendations of modern health movements, from raw vegan to paleo, primal, vegan, vegetarian, the current USDA plan, the Daniel Fast, DASH diet, even Weight Watchers and Atkins. It’s been eye-opening.

Everything old is new again. 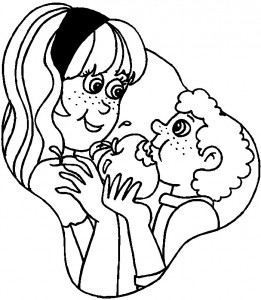 One thing all of these diets have in common, is that they recommend the use of plain, unprocessed whole foods, with plenty of fresh fruits and vegetables.

That is pretty amazing to me. Raw Vegan is as opposite to Atkins as any diet can be, but they both emphasize the use of fresh vegetables. Paleo and Primal, with their emphasis on red meat, poultry and fish, are completely different from a Vegetarian diet that includes tofu, brown rice and dried beans, but both diets recommend generous use of fresh fruits and vegetables. The Daniel Fast, Weight Watchers and  DASH diet, all recommend moderate use of nuts and liberal use of dried legumes (peas, beans and lentils).

It seems to me, that if these diametrically opposed resources can agree on a few things, that in all likelihood the things they can agree on, are probably a sure bet for me and my family. I want to be healthy. I want to feel strong and well. I want the same for my family.

In light of all the reading I’ve done the past month, I have come to the conclusion that avoiding processed foods is even more important than I used to think. Additionally, fresh fruits and vegetables are far more important to our good health than I had previously given them credit for. 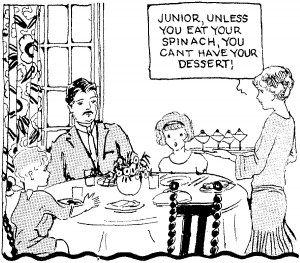 I was sick and tired for a long time. The better I feel, the more I want to ensure that I continue to feel that way. Including abundant servings of fruits and vegetables, and intentionally avoiding processed foods, is one of the best ways I think I can do that.

Now I’m considering how to do that while maintaining my budget and keeping the family from revolting when they see kale on the dinner table yet again. I’ll keep you informed on my progress. 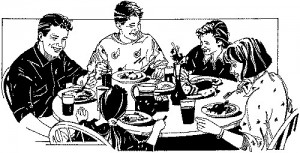