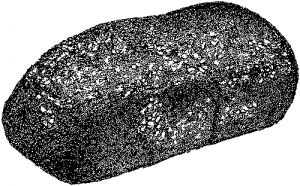 This is the bread I make for myself and my husband. My sons don’t eat it because they’re both gluten-free. I use spelt instead of wheat because I’m sensitive to wheat. It gives me all sorts of uncomfortable symptoms,  but spelt doesn’t seem to bother me. Spelt does contain gluten, so it’s not appropriate for those with celiac or on a gluten-free diet. I’ve heard from some mothers that spelt bread doesn’t seem to bother their autistic children. Other mothers say their children can’t tolerate spelt in any quantity. In my own home my youngest son does fine with small amounts of spelt, like a few slices of spelt bread a week. My oldest son can’t have any spelt because he reacts to it the same way he reacts to wheat.

Spelt isn’t exactly cheap, especially when compared to wheat flour. If you don’t have any trouble with wheat then you don’t need to bother with it. You should know that whole wheat flour and spelt flour are interchangeable in baking. Before we gave up wheat, I used to substitute whole wheat flour for spelt flour in all manner of recipes and it always worked just fine.

Directions for mixing in a bread machine

I usually mix this dough in my 2-pound bread maker. I don’t bake it in the bread machine. I just mix it on the dough cycle. Then I divide the dough in half and place it in 2 well-greased bread pans to rise for 45 minutes to an hour, or until doubled in bulk. Bake at 350° for about 40 to 45 minutes, or until nicely browned. Makes 2 loaves.

Directions for mixing by hand 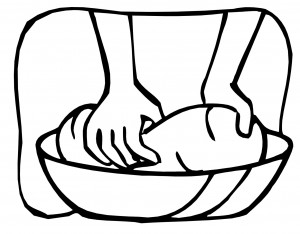 Pour the warm water and honey into a large bowl. Mix it until the honey dissolved. Sprinkle the yeast over the water. Allow it to sit for 5 minutes or so, until the yeast is bubbly. Add the oil, salt and 3 cups spelt flour. Use strong electric beaters to beat this mixture together for 4 to 5 minutes by the clock. Be sure to watch the clock on this because it’s tempting to stop too soon. The reason you beat the mixture for so long is to work up the gluten in the spelt flour. Spelt has somewhat less gluten than wheat flour, so the gluten that is available needs special handling to make it strong.

Remove the beaters and scrape the dough that’s stuck on them back into the bowl. Add 3 more cups of spelt flour and mix it in by hand until you have a nice dough. Turn the dough onto the counter. If the dough is too sticky you may need to add a little more spelt flour, up to 1-1/2 cups more. If the dough isn’t sticky then you won’t need any extra flour. Knead and knead and knead for at least 5 minutes by the clock, or even 10 minutes if you have the patience.

Coat the dough in a small spoonful of oil. Allow it rise in a warm spot for an hour or so, or until it’s doubled in bulk. On cold days this may take as long as 1-1/2 hours. Bread is fickle, so be patient with it. When the dough is well risen punch it down and divide it in half. Coax each piece into a loaf shape and place it into a well-greased loaf pan. Allow it to rise in a warm spot again, until doubled. Bake at 350° for 40 to 45 minutes. Makes 2 loaves.

This bread freezes well. Wrap first in plastic wrap and then in aluminum foil. Then place in a gallon-size plastic bag, the kind that closes with a twist-tie, not a zipper bag (it won’t fit). I triple wrap the bread because spelt flour is so expensive that I want to be careful not to lose my investment of time and materials. Freeze for up to 2 or 3 months.

This dough is useful for lots of applications. I often use half to make a loaf of bread and then divide the other half into 8 to 10 pieces and shape them into hamburger or sandwich buns. It can be used pretty much wherever you need a basic bread dough. As written, this recipe will make 3-large, 16-inch pizza crusts.