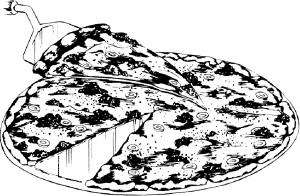 When we gave up dairy probably the hardest part was giving up cheese. Eventually we found Daiya vegan cheese which is the very best cheese alternative I’ve ever tasted. It’s pricey, but it fills that need for cheese.

For parmesan we tried a few vegan versions at our local health food co-op. They were all terribly expensive and none of them tasted as good as I wanted. I looked through my vegan cookbooks to see if anyone had invented homemade vegan parmesan and found that they had. This recipe is a combination of many including one from Joanne Stepaniak’s The Uncheese Cookbook and also Simply Heavenly by Abbot George Burke. I may be biased, but I like my version the best and find it easier to make too.

Combine everything in a food processor and process until powdery. Use as desired.

Next, using the coffee grinder, process the nuts of your choice until they are finely ground. You want them similar to cornmeal in texture. Add the nuts to the jar with the nutritional yeast. The nuts are used for both flavor and texture. They give the cheeze a crumbly texture, similar to dairy parmesan cheese. Their crumbly texture makes the nutritional yeast powder easy to shake out of the jar and add a richness to the flavor. Any type of nut can be used, I prefer almonds or cashews because they’re cheap at my local Doll General Store and they make really good tasting cheeze.

Now, measure the remaining ingredients and add them to the jar too. Cover the jar and shake to blend. Use anywhere you would normally use dairy Parmesan Cheese. This is strong stuff, so keep in mind that a little sprinkle gives a lot of flavor. This recipe makes about 1-cup. At first I made Garlic Cheeze in small batches, but the kids loved it so much and used it on everything so now I make a triple batch and that seems to last us about 2 months.

I find a shaker-jar very handy for serving. If you don’t have any, you can do like we did and create your own. Take a canning jar lid and use a hammer and large nail to punch a dozen or so holes in the lid. When you’re hammering, place a piece of scrap wood under the lid to absorb the impact. Screw the lid onto your canning jar, which is full of your homemade Vegan Parmesan, and shake away. To fill a pint sized canning jar then double the recipe. Clean, empty spice bottles are also good for shaking.

True Lemon all natural lemon crystals are available in many well-stocked supermarkets. They are found either with the drink mixes or the artificial sweeteners. True Lime and True Orange are also available. True Lemon offsets the nutritional yeast to create a flavor that more closely approximates dairy Parmesan. This recipe does not taste exactly like Parmesan. It tastes similar and is quite delicious in it’s own right. At our house we call it Garlic Cheeze because it doesn’t set people up to expect Parmesan and then be disappointed because it doesn’t meet their expectations. We use it over spaghetti, on pizzas, salads and casseroles. The kids use it on lots of things just because it tastes so good.  It’s one of our most popular homemade substitutes.